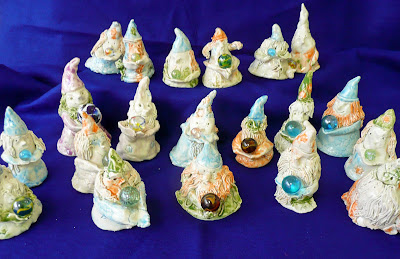 Grade 4 completed these clay witches and wizards for Halloween today. 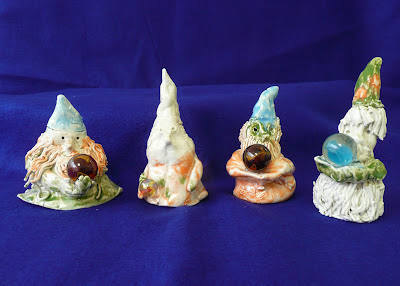 I think they did an awesome job and they were quite pleased with themselves. 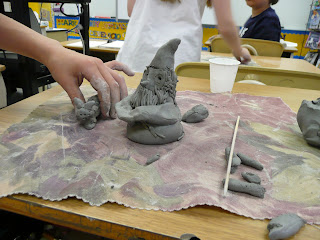 You start by rolling out a slab of clay and then roll it into an ice cream cone shape.  Trim off the excess and make sure to score and moisten the pieces that you are "gluing" together.

We then placed a 1/2 sheet of scrunched up newspaper into the hollow part of the cone so that our witches and wizards held their shape while we worked on them.  I kept the paper in place for a week while they were drying. 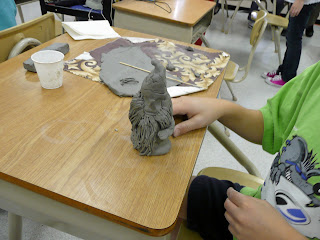 The kids then pinched out a face, scored in a division line between the face and hat, and added hair.

The also attached two arms by rolling out a rope shape and wrapping it around the back.

We had our hands cupped in front to hold the marble at the end. 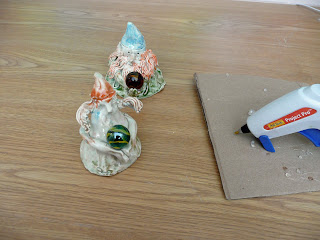 I let them dry out for 2 weeks and then bisque fired them (cone 4).  We opted to glaze ours but you could paint with acrylics instead if you wished.

They were then glaze fired (cone 6) and I glued a marble in place with the hot glue gun. 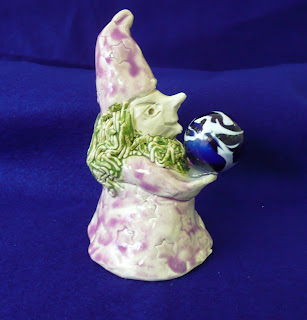 That's it.  I'm so glad we timed it right for Halloween and we had another successful project with no casualties in the kiln...... woohoo!!!


See you next time.